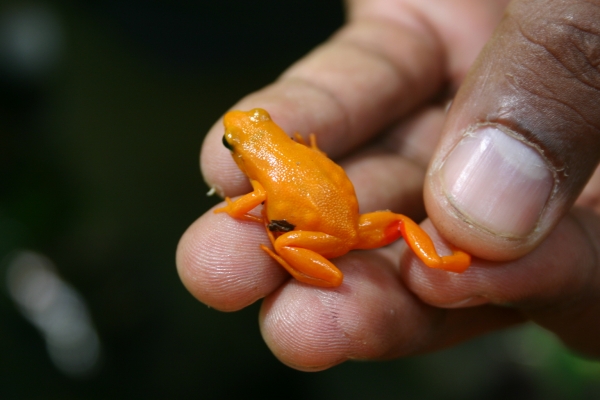 The Minister of the Environment and Forests officially launched the Golden Mantella Frog conservation strategy in a ceremony in Moramanga, on World Wetlands Day.

The strategy was prepared by the Malagasy government, Madagasikara Voakajy and Conservation International, and sets out a series of goals and objectives for the next five years. The Golden Mantella frog is Critically Endangered on the IUCN Red List of Threatened Species and its remaining habitats in the Moramanga District are threatened by mining and deforestation.