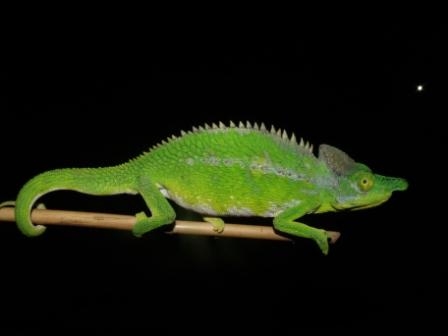 Madagasikara Voakajy and the regional office of the Ministry of Environment and Forests in Toliary organized a workshop in March 2011 to develop a Species Conservation Strategy for the Belalanda Chameleon, Furcifer belalandaensis. This species was considered to be among the most threatened chameleon in the world. Found only around Belalanda village, west of Toliary, this chameleon is threatened by an increase in tree harvesting for charcoal. These trees are important habitats for the Belalanda chameleon. Currently, the status of the Belalanda Chameleon as a separate species is being re-questioned following genetic analysis. Nonetheless, the activities planned in this project will benefit three other endemic chameleon species, including the Vulnerable Furcifer antimena.

The strategy outlined the goals, objectives and activities that need to be implemented over the next five years. Because the Belalanda Chameleon only occurs in villages, the strategy is closely linked to improving the environmental conditions in these settlements. And because the strategy was developed largely by people from the Belalanda area, there is a heavy sense of expectation that it will be implemented. With funding from the Van Tienhoven Foundation and Darwin Initiative, we started implementing the key actions in the strategy, aiming to (i) increase tree availability for chameleons, (ii) reduce irrational tree harvesting, (iii) increase availability of fuel-wood, and (iv) reduce chameleons' direct mortality.

In December 2012, we distributed 264 seedlings to the households in three villages: Belalanda, Sakabera and Belitsake-Tanambao. These were families willing to plant trees on their grounds. In February 2013, another 60 seedlings were planted by the local associations FIMAB in Belalanda and FITAMITO in Sakabera. Only 35% of these trees survived after the inundation caused by cyclone Haruna in the area in March 2013. During the visit in May 2013 when chameleons are less active, we found no F. belalandaensis and only nine F. antimena. People expressed their willingness to replant the trees despite the low success. Meanwhile, we will organize a workshop in Toliary later this month to present these results to all stakeholders, review the Belalanda chameleon conservation strategy and define the next steps in this project. 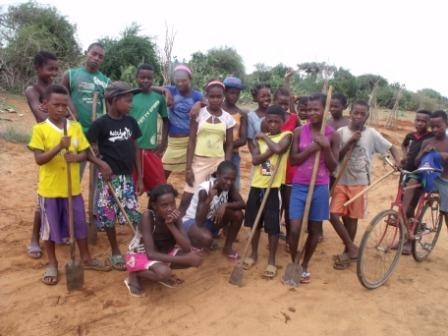