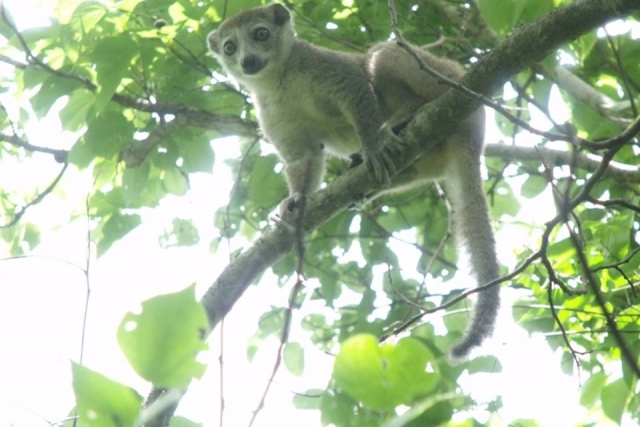 The results of Madagasikara Voakajy's previous work in the Anjiabe-Beantely complex prompted its members with the Regional Directorate for the Environment, Ecology and Forestry DIANA and the University of Antsiranana to launch the project to create the a New Protected Area to conserve threatened endemic species, habitats and the ecosystem for the benefit of local communities. The establishment of this Protected Area proceeds through several preliminary steps according to the procedure manual for the creation of terrestrial protected areas of the Protected Areas System of Madagascar developed by the Ministry of Trustees in 2008.

At the initiation of the procedure, biological studies and socio-economic were carried out with the effective participation of the three responsible entities mentioned above and also the University of Antananarivo through the mention Zoology and Animal Biodiversity which is a partner of Madagasikara Voakajy in all the research that we have made. It spreads over 3 rural communes of Antsiranana II district including Andranovondronina, Antsahampano and Mangaoka with 14 Fokontany; the Anjiabe-Beantely Complex covers almost the entire extreme north of Madagascar, and is an oasis of biodiversity in this area.Adorned with several bays and mountains, the Anjiabe-Beantely Complex is dominated by shrubby savanna with remnants of natural dry-deciduous forest in its southern part but with another type of semi-humid formation in its eastern part. Mangroves are also present along its coast. Thus, this area is home to many fauna endemic to Madagascar and 15 species from different classes are threatened according to the IUCN Red List: reptiles Paracontias minimus, Madascincus arenicola; Paroedura lohatsara, Phisalixella variabilis, Heterliodon fohy, Furcifer petteri, Brookesia ebenaui, Uroplatus ebenaui, Blaesodactylus boivini amphibians Mantella viridis, Stumpffia megsoni, birds Adeola idae, Tachybaptus pelzenii, lemur Eulemur coronatus and bat Pteropus rufus Populated by 11056 inhabitants, the majority ethnic group is Sakalava Anjoaty who is, according to history, individuals from Vohemar in search of pastoral space. The households of the zone are subdivided into 4 categories of exploitation of which the 51.7% are small farms with diversified activity which make at the same time the agriculture, the small breeding, the coal, the fishing and gathers a large part of the women heads of households, 27.2% of medium-sized farms with activities focused on agriculture and coal mining, 19% of also medium-sized farms mainly fishermen and large farms of cattle workshops and / or goat and constituting wealthy households with 2.1% of the population.Used in everyday life by local households, natural resources offer certain ecosystem benefits and essentially by the service of supply and socio-cultural example of housing that is built from woody forest products , wood as the main source of energy, the provision of natural forage space for livestock, medicinal plants. Depending on the season, harvesting of wild edible fruits and tubers and honey occasionally supplies households with no mention of hunting wild animals, which are important sources of animal protein. Venerating the divino-ancestral, the community of the Anjiabe-Beantely Complex is very conservative of the tradition.Eight main sacred sites, places of strong connections with them for the request of blessing in all the projects to be undertaken, were identified. Moreover, the traditional rituals such as "jôro", "tsakafara" followed by cow sacrifices reinforce the "fihavanana" which remains very solid and reflected by the mutual aid. Customary rules are a foundation for this society. These traditions as an identity of the community, are cultural riches and require real preservations.Despite this, local practices expose a threat to these natural riches. The problems of conservation are centered on charcoal logging, which is the only source of complementary income for households, given the low productivity of agriculture and the uncertain conditions of fishing during the period of strong wind or varatraza. In addition, three fokontany are spared from the promotion of green charcoal by GIZ. In addition, the traditional agricultural technique by clearing devastates a part of the forest by the perpetual search for fertile ground. Rare cases of selective cutting for sale have been identified. As in all Madagascar, the scourge of bushfire also remains there.The natural resources at the disposal of the Anjiabe-Beantely complex, whether terrestrial or marine, present guarantors and levers for the economic development of the area. Synergies between public and private actors remain the key element for the effects of change to be palpable. The prioritization of key sectors whose management and development of resources through ecotourism and the revival of the cattle industry could foster a competitive economy through stable activities and the monetary complement especially for vulnerable farms and young people. These projects call for major restructuring, hence the interest created by the creation of the Protected Area, especially the development and staffing of infrastructure. In addition, support for other activities is needed to be efficient and conservative of biodiversity, especially the launch of green charcoal in all the producing villages by reinforcing fast-growing reforestation. Local communities affirm the correlation of their livelihoods to the sustainability of natural resources, but the alternative is restricted. Our sincere thanks to the local officials and local communities of the Anjiabe-Beantely Complex for their warm welcome and full participation in the activities. On behalf of the Madagasikara Voakajy Association, our deep recognitions are also dedicated to Rainforest Trust for its financial support without which the project could not be maintained. 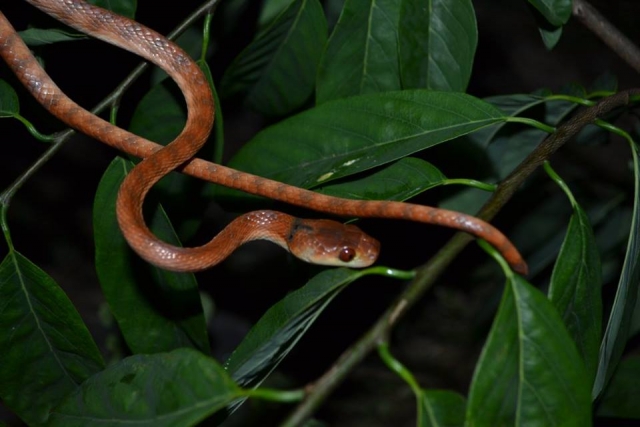