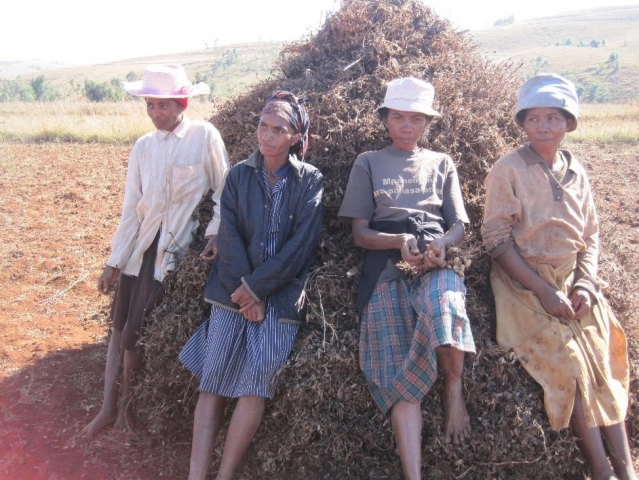 Of course, fruit bats do not eat peanuts, but in eastern Madagascar, a peanut cultivation project helped to conserve three fruit bat roosts. How?

Three roosts of the Malagasy flying fox, Pteropus rufus, are being promoted by Madagasikara Voakajy as part of new protected areas in Madagascar. This initiative started in 2008, and we soon realized that conservation of these roosts and the bats will have to be associated with improvements in the livelihoods of the local people.

Since 2010, with funding from GEF Small Grants Program and The Waterloo Foundation, we supported a peanut cultivation project initiated by a women's group living in a village near one roost. In the first year, we provided the land rent, the labour costs and the seeds. In the second year, the yield was used to pay for the labour costs and the seeds and we provided the land rent. In the third year, no further support was provided. The women shared the yield and planted on their own lands. They agreed to return 1.5 times the weight of seeds received by the group, and report on the benefits obtained. These benefits ranged from $20 to $45. The women were glad they had extra-income to pay for the education of their children. This year, the group will continue to support the initial 12 members, and 12 new members.

How did they help fruit bat conservation?

The women put aside part of the yield of the second year to support the forest patrollers, all men, from the same village. These patrollers monitor the forest at least once a month and report to our office in Antananarivo. They apply the local by-laws in case of infraction. Patrolling became regular from June 2012. They restrained people from making charcoal in or near the native forest fragment where flying foxes are roosting and stopped bushfires threatening the roost. As a result, we observed a net increase in the number of bats in the roost: from about 600 in 2008 to nearly 2,000 in 2013.

This peanut project increased people's willingness to work with Madagasikara Voakajy at the three flying fox roosts. They all want to receive support similar to that provided to the women's group and are engaging in activities they know will attract us: setting up firebreaks around the flying fox roosts, planting ferns that will protect the roost from soil erosion, carrying out regular patrols and sending reports.

The peanut project in Analalava new protected area has been a good model of reconciling biodiversity conservation and human livelihoods. Our challenge is now to maintain the enthusiasm of local communities to conserve the flying foxes and their roosts and improve their livelihoods. We are working with five communities and 1,600 households. $75 is what we need to support a household for a year. You want to support? Please contact us at This email address is being protected from spambots. You need JavaScript enabled to view it.. 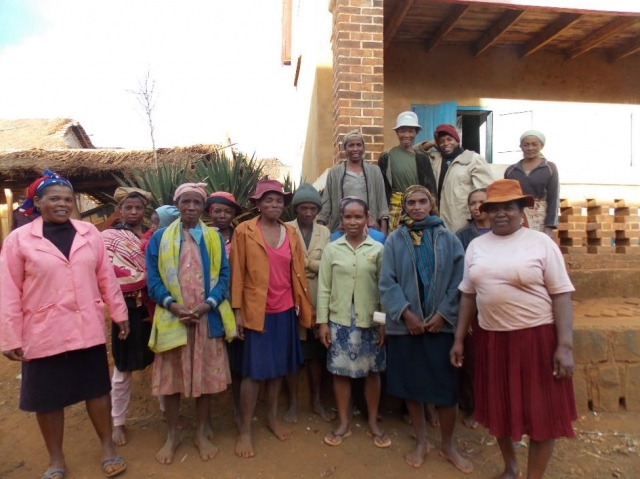